PLOT: Mahendra Hooda is a happy go lucky small PT teacher inadvertently attracted to a computer teacher Neelima. He faces a competition from new PT teacher Mr. Singh, who has excelled in those things where Montu is bad. The story shows that will he succeed against Singh for love & respect?

Chhalaang is a social rom-com directed by Hansal Mehta, produced by Ajay Devgn, Luv Ranjan, Ankur Garg, and presented by Bhushan Kumar.
It is hilarious, yet the inspirational journey of Montu, a PT Master from a semi govt. funded school for whom teaching PT is just a job. When circumstances put everything he cares for at stake, including Neelu who he loves, Montu is forced to do what he’s never done- TEACH. Through his journey, the film humorously addresses the value of Sports Education in the school curriculum.

The film was released on 13th November 2020 on Amazon Prime Video coinciding with Diwali.

Quick Review: After the outstanding web series Scam 1992, director Hansal Mehta delivered another entertaining movie. But this time he switches to a light-hearted zone. Chhalaang marks the fifth movie of actor Rajkummar Rao and filmmaker Hansal Mehta after Shahid (2013), CityLights (2014), Aligarh (2015), and Omerta (2018).

The movie has a simple, little predictable, yet enjoyable plot with a good message. The story also deals with the importance of sports education and gender parity. The first half has well-written characters and smartly written humour. The second half has well-executed Basketball and Kabaddi matches, although there was still room for tighter editing. 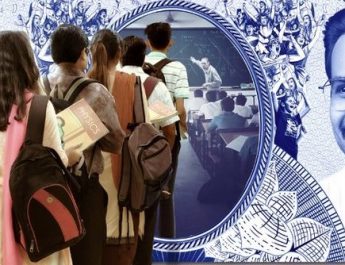