PLOT : The story of a man’s unshakable faith in himself and the love for his family.
MOVIE REVIEW : Tubelight has a heart-warming story and it is a message oriented film which tells about having faith and believing in the good, inspired by American film Little boy.
The first half of the film will keep the audience engaged by some funny moments and the showcase of reel and real life brothers bonding.
The second half is very high on emotions and it will make the viewers cry as they get emotionally connected with the scenes. It gets slow after a while and it drags in some parts in the second half.
But this kind of movie is rarely made in recent time, Kabir Khan successfully delivers a impressive war drama.

Salman khan in the role of Laxman Singh Bisht aka Tubelight is a delight to watch, he has done justice to character when it comes to emotions. This one is not at all a regular Salman Khan mass entertainers film.
It is one of the best performance by Salman till date, if you are a diehard Salman Khan fan then this is a must watch, if not then chances are there you may become after watching this. The fans are glad to see him now playing a different roles with the movies like Bajrangi Bhaijaan, Sultan, and now Tubelight.
Sohail Khan as a protective younger brother is limited but surprisingly good.
Chinese actress Zhu Zhu debut in bollywood start with a fine performance but she didn’t do much for her role because of the script.
Matin Rey Tangu, a adorable kid from Arunachal Pradesh plays his role with conviction and ease.
Zeeshan Ayyub & Yashpal Sharma as Major Tokas were terrific as a supporting cast and also it’s great to see Late Om Puri one last time on the silver screen, he delivered a nice performance too.
Shah Rukh Khan’s guest appearance was also there. Brijendra Kala and the rest of the cast are just average.

The only negative thing in the movie is the run time of 2 hours and 50 minutes, the editing could have been better.
Songs are average except the Radio Song and soulful track Main Agar by Atif Aslam.

“One of best emotional scene where Salman comes running to the Army camp to see coffins being off-loaded from trucks. He watches families crying over the wooden boxes with names written on them. He starts looking for a coffin with his brother’s name in anxiety,
But he cannot handle at all the grief and pain of the families crying loudly around him. He shuts his ears and finally folds his hands. He is crying and just hoping his brother name should not be there.”
This is the consequence of war which is so horrible and no one can understand this wail except the soldier families.

At last the film will teach you “With your faith..you can achieve anything”. 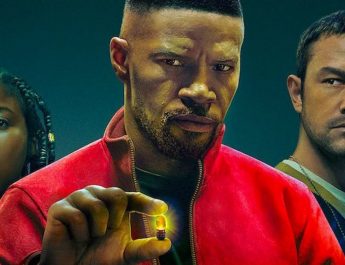